Not what were you looking for? See Jibanyan (disambiguation).

"Nyo matter how close we are, sometimes I just don't feel like working."
—Jibanyan, Yo-kai Watch 2

Jibanyan is popularly known as one of the mascots of the Yo-kai Watch franchise, as well being the mascot of Yo-kai Watch, Yo-kai Watch 2, and Yo-kai Watch Blasters: Red Cat Corps. Due to his popularity, there are many members of his species across the many games, which span multiple Tribes and Ranks.

Jibanyan is a red-and-white-colored cat Yo-kai, with pink inner-ears and a chip on his left ear. He has yellow coloured eyes with large pupils, his nose and inner-ears are dull shade of pink. Attached to his collar is an aquamarine coloured bell, matching the hitodama flames at the end of his two tails.

On the middle of his chest, Jibanyan wears a yellow haramaki which is always worn with several exceptions revealing nothing under there. He also stores Chocobars and several other items like magazines of Next HarMEOWny under it.

Jibanyan is a Yo-kai that has fierce determination to do anything such as being eager to fight over other Yo-kai that is causing trouble for him. Despite his motivation and power, he also slacks off on occasions if Nate's orders aren't important for him or when he's feeling lazy in general.

He has an affinity for Chocobars and anything related to his favorite music group, Next HarMEOWny, to the point of dreaming of having his own chocobar factory and collection. Jibanyan also collects merchandise of Next HarMEOWny and has a private collection full of them including pinup magazines, music CDs and clothing.

Jibanyan fights with his paws, whether it be for opposing Yo-kai or oncoming trucks. He also attacks them with his signature Soultimate Move called Paws of Fury (Japanese: ひゃくれつ肉球, Hyakuretsu Nikukyū), which shows him rapidly attacking with his paws as other paws comes out from around him.

Though Jibanyan cannot evolve, he can fuse with other Yo-kai instead resulting his personality and his power being changed. Fusing with Roughraff will make Jibanyan transform into Baddinyan, giving him a more rebellious look while fusion with Coughkoff turns him into Thornyan which makes him spiky and feeling sickly. Jibanyan can also fuse into Buchinyan by coming into contact Whisper, combining both of their powers.

With the Yo-kai Watch Model Zero, Jibanyan has three additional Soultimate Moves that can be summoned via the Z Medals resulting in a different pose and a comedy-based attack. They are of Nyaight (Japanese: ニャイーン, Nyaiiin), Nyext (Japanese: ニョエー, Nyoeeh) and Victory (Japanese: コマニャチ, Komanyachi). According to their description in Yo-kai Watch 2, they are passed down from Jibanyan's family.

Jibanyan first appears in Enter Jibanyan!, where the player meets him after he charges into traffic against a truck, only to be knocked back. The player asks Jibanyan if he's fine, but Jibanyan tells the player if he or she knows Amy and explains his backstory to the player before he became an Yo-kai.

After the player manages to get the photo, they return back to the spot where Jibanyan is. They return the photo to Jibanyan, which Jibanyan thank the player in return. Still sobbing about his strength, the player comfort Jibanyan saying that he is pretty awesome. Jibanyan relieved by the player's words, he gives the player his medal, which the two of them became friends.

Furthermore, Jibanyan appears in 5th and 6th Circles of Infinite Inferno, he can also be freed by using an Excitement Coin in the Crank-a-kai.

Jibanyan appears in Yo-kai Watch 2 in the first chapter, The Vanishing Watch. The events are the same as that of previous game but however, Jibanyan has lost his memories and doesn't seem to recognize the player. Jibanyan tells his story to the player before he became a Yo-kai, however, unlike Yo-kai Watch, the player doesn't have to take back the photo of Amy.

The player comforts Jibanyan, as Jibanyan started to get déjà vu. A strange light appears which Jibanyan's memories are recollected, as after the light, the player will receive Jibanyan's medal. Jibanyan remembers the player, as that the player and Whisper both deciding to go to the Memory Store to get a clue as to why they have lost their memories, Jibanyan stays near the fish place to continue his training, and later tags along.

Jibanyan can learn three special Soultimate Moves from scrolls, which are obtained by scanning the specific QR Codes that originally came with the Yo-kai Medals. 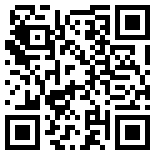 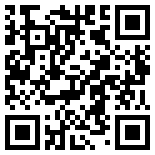 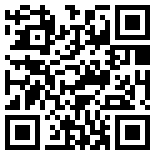 Jibanyan appears in the spin-off game Yo-kai Watch Blasters as the Fighter of the original Bottom-of-the-Barrels Blasters, He's one of the first four Yo-kai the player can play as.

Jibanyan will automatically befriend the player on Stage 4 of Uptown Springdale after battle. Jibanyan can also be befriended the event "The Yo-cake Scramble Battle".

Jibanyan appears in the collaborative game between Level-5's Yo-kai Watch and Koei Techmo's Romance of the Three Kingdoms's Yo-kai Sangokushi.

Jibanyan appears in Yo-kai Watch 3, however, unlike Yo-kai Watch and Yo-kai Watch 2, Jibanyan isn't befriended because the player comforts him. Instead, it was because Whisper traded the Medallium for the Model U.

He is the very first Yo-kai the player befriends, being befriended in Chapter 1. He also has a rare chance of appearing in Springdale Keystone door.

Jibanyan is Nathan Adams' companion in the Yo-kai Watch anime.

A Jibanyan mecha aappeared as a playable character in October 2013 in Danball Senki Wars.

In 2017 and 2020, a collaboration was held in Final Fantasy XIV Online where players can get Jibanyan as a playable partner.

From August 31, 2017 to July 23, 2018, Jibanyan was a playable character in Shironeko Tennis along with a tennis racket based on his appearance.

Jibanyan has made a few appearances in the Taiko no Tatsujin games. In the original game, he, Nate, Katie and Komasan make an appearance in the playable Gera Gera Po Song along with an unlockable Jibanyan costume for Don Chan.

To commemorate Level-5's 20th anniversary in 2018, a Jibanyan appears as a playable character along with a Jibanyan-themed golf cart that can be brought as DLC in Everybody's Golf for PlayStation 4.

A character named Tsugumi Kozakura was added to the game, who wears "LBCS Armor" based on Jibanyan.

His name is a combination of jibakurei (Japanese: 地縛霊, "ghost bound to a location") and nyan, the Japanese onomatopoeia for a cat's meow.

Jibanyan is based on the nekomata, a kind of bakeneko (cat youkai) born from a cat that turned into one with age: when this happens, they gain magical powers, human intelligence and their tail splits into two (whether the tail just forks or fully splits depends on the source), ghostly fire sometimes appearing on the tips.

They are much larger than a regular housecat, and also far more dangerous: they can curse humans, manipulate fire, and even control the dead with their tails as if they were puppets on strings. Jibanyan wears a haramaki around his tummy, or "belly wrap". The word originally referred to a type of chest armor, but in modern times it describes a tube of thick cloth worn around the waist to keep the body warm during winter. It used to be regarded as an old-fashioned tacky article of clothing, but it recently saw new popularity in Japan.