This article is of an episode or movie that has not yet been dubbed into English.

The article may use Japanese names of characters or locations.

The movie's plot is set in the 1960s, which revolves around about a boy named Jack Cobbler who loses his mother in an accident. He meets Alistair and Tae Arihoshi, who have a way to save the captured souls of humans, including Jack's mother. They meet Yo-kai like Gusto, Zashiki-warashi, Kappa, and Jack's guardian spirit Suu-san, that help them along the way.

Jack Cobbler, a boy who lived happily, despite being poor, loses his mother, his only family member, and falls into deep misfortune.

Alistair, a boy who saves Jack. He also lost his older sister.

Those two boys are joined by Tae, a girl who can see Yo-kai, and together with Shin's guardian spirit Suu-san, and new Yo-kai such as Gusto, they take on a mysterious incident in order to retrieve the souls of their precious family!

And what is the shocking truth that awaits them...!?

This is a story about the friendship formed between three children and Yo-kai."

In June 2018, Information on the fifth movie was revealed in CoroCoro Comic along with the title and its release date.

Tickets for the movie were available for purchase starting on July 13, 2018.

Like some of the Japanese movie releases, preorders for advance screening tickets included a Gold Yo-kai Keystone of Gusto for the Yo-kai Watch Elda toy, for the movie's premiere. 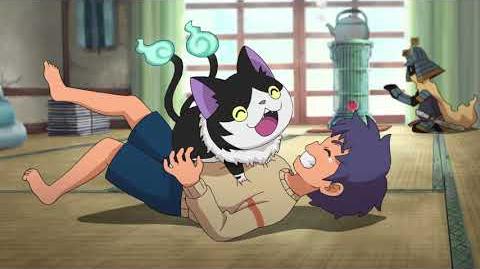 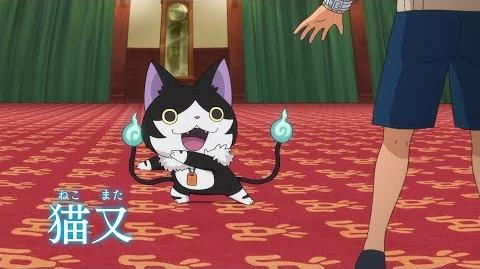