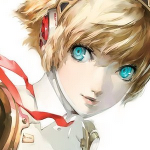 Bureaucrat Founder
6,745 Edits since joining this wiki
January 18, 2013
Currently I am busy with a different wikia, but I will edit this wiki regularly. If you would like to speak with me, you can leave a message on my message wall or talk to me on discord.

Hello there, welcome on my user page. Feel free to leave a message on my talk page or message wall!

Hello my name is KidProdigy (no idea why I changed my user name to this), formally known as ProGamerP9. I am a wikia contributor since August 2009, so I'm here around for quite a long time. I've first started at the Detective Conan Wikia and afterwards I was contributing at various of other wiki's were I now remain unactive because it became too much. Formerly I was editing at anime/manga related wiki's, but have ended that section because great animation or manga has been ended. But, also, the communication with the community at those kind of wiki's (I literally got tired of many useless or unnecessary discussions), so currently I'm doing things calmly.

Currently, I am only contributing game wiki's, with I am contributing at different kinds of wiki's such as: Yo-kai Watch Wikia. You can leave a message on my talk page or at my message wall (or whatever), I am never inactive elsewhere if you need me!

Message of confidence for myself

I started to feel to return to my old self again, abusing my rights while an administrator is not the kind of contributor that is abusing its rights. Contributors are no puppets that I control, but individuals with their own reason to help out. Be happy that they are taking the time to help out and as and administrator appreciate their work, as they do yours.

--- My message of confidence.

Procession of Yo-kai Watch 1 went smoothly with unpacking. However, once unpacking, unknown file names that are not yet known to be decompressed shown in different respective maps. The full package contains over 10.000 bytes or so. I do notice that I unpacked some of the files, and saw .xi files that contains low KB, which means that those .xi files are in fact the images as their respective maps shows sprites as well. However, I have no idea how to unpack the map, and probably have to mod the hex with different numbers to unpack those sprites. Furthermore, I have no idea... I did found 3D models, but have no idea how I can convert them.

Now I starting to doubt that the .xi files are actually soundfiles.

The .fa master file, as I call it, contains the same maps as the previous two Yo-kai Watch games. But the .fa file of Yo-kai Watch 3 is extremely big, bigger than the previous two containing more assets. I cannot open the files not knowing how I can extract .xi files. There is as well a chance that those are textures for 3D models.

Retrieved from "https://yokaiwatch.fandom.com/wiki/User:KidProdigy?oldid=185044"
Community content is available under CC-BY-SA unless otherwise noted.