However, as of May 31, 2018, the servers for the American, European and Chinese releases of the game have been discontinued, but the Japanese servers remain active.

The objective of this game is to collect and battle other Wib Wobs, which are small blobs of Yo-kai. While leveling them up and collecting various different kinds. Ever since it's release, the game has managed to get special crossover content.

In this game, the player must connect Yo-kai Wib Wobs to battle other Yo-kai.

At the beginning of the game, the player is given five different starter Wib Wobs from Whisper.

Just like the main series games, each of the Yo-kai are given a Tribe, Rank, and Soultimate move. All of their health points are combined together, while some of the power is separate. They now have advantages and disadvantages towards different Tribes, that can affect the chances of winning a battle.

There are certain Yo-kai that have exclusive Ranks that are not usually seen in the other games, such as Rank SS, Rank SSS, Rank Z, Rank ZZ and Rank ZZZ.

Soultimates come in various different types, such as erasing several Wib Wobs on the board, attacking the opponent directly, or raising defense. Rarely during Boss battles of certain Yo-kai, using Soultimates damages the health of the Wib Wobs.

There are some Yo-kai that has Soultimate G Levels, that has a stronger power than a regular Soultimate. It can be activated by popping twice as much of the regular amount.

One of the other objectives in the game is to collect Wib Wobs, which can be done in several different ways almost functioning like the main series games. Feeding food to other Yo-kai has the number of hearts depending on which has the best effectiveness. Alternatively, using the Crank-a-kai either via Coins, Y-Money or Y-Points count towards that.

Befriending a Yo-kai that has already been befriended raises the Soultimate level, which can be useful for maxing it out. Alternatively, it's also useful for getting rid of Yo-kai in the regular Crank-a-kai, which gives out Soul Secrets when all of the Yo-kai has reached the maximum Soultimate level.

In order to make progression, the player must navigate through Stages which contain Yo-kai to fight with. They all have Star Objectives, a recommended Level, and a Yo-kai's stats. Usually near or at the end of each Map, there is a Boss stage, which has a Boss Yo-kai that cannot be befriended.

Later on in the game, there are stages that have a "Expert" graphic applied to them in place of the recommended Level, which has the Yo-kai with a stronger power. During events or Score Attack mode, there are Yo-kai that has Tribe restrictions to maintain balance of the game.

Each stage requires a Spirit for it to be started. Spirits are obtained either by waiting for fifteen minutes each, or giving them to other Friends. Up to 1,004 (5 + 999) spirits can be stored, and stops restocking if the count reaches over 5.

By spending real-life money on the game, there are exclusive rewards that can be obtained, depending on how much money was spent. Some of them are existing items, while others are exclusive Yo-kai that cannot be found anywhere else in the game.

On March 11, 2016 in Japan and December 5, 2016 in America, more perks were added, introducing the Diamond and VIP rank and some additional new forms of existing exclusive Yo-kai.

The game regularly holds events to keep users' interest. There are many different events that have been held since the game's launch, some even exclusive to the American version. There are different kinds of events as well:

Due to Wibble Wobble being launched before the release of Yo-kai Watch 2, the game originally took out Yo-kai and other elements from games past it like Yo-kai Watch Blasters. Over time, however, NHN has gradually become more open to adding in both Blasters and Yo-kai Watch 3 Yo-kai.

Here are some changes that were made to the game when it launched: 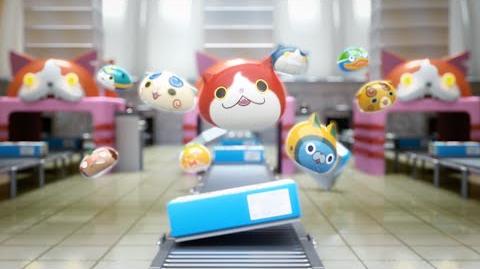 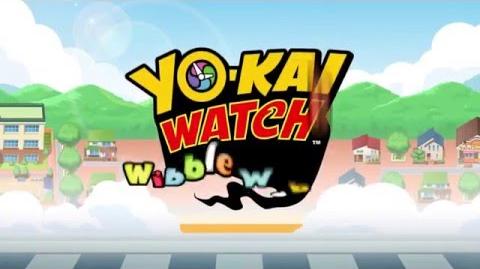