Yo-kai Watch 3 (Japanese: 妖怪ウォッチ３, Youkai Wotchi Surī) is a role-playing video game developed by Level-5 for the Nintendo 3DS. It is the third main series game to be released in the Yo-kai Watch series.

Yo-kai Watch 3 introduces a new system for battling, two main characters that the player can switch between, 'Merican Yo-kai, many new areas, and a few other features.

Nate and Jibanyan move to BBQ and later meet up with Hailey Anne and Usapyon! Together they'll tackle new Yo-kai related mysteries...

New battle system - the Tactics Board!

Move Yo-kai medals with the stylus in this dynamic new system!

This article is a stub.

You can help Yo-kai Watch Wiki by expanding it.

Nate and his family move to St. Peanutsburg, in a fictitious country called BBQ, after Nate's father transferred his business there. During his story arc of the main game, Nate, Whisper, and Jibanyan befriend Buck, who was able to see Yo-kai because of his stone that he wears on his necklace. Meanwhile, rumors of a UFO circulated around town, as the FBY agents, Blunder and Folly, were investigating the case.

Also available for the first time in Yo-kai Watch 3, Hailey Anne makes her debut in the main series games. Unlike Nate though, her story takes place in Springdale, with Usapyon. In her story arc during the game, she forms the Hapyon Detective Agency, or whatever the player decides to call it. Her story arc involves most of her interactions with Usapyon, and the different cases that the detective agency receives.

Later, Nate, Hailey Anne, Buck, and their befriended Yo-kai team up against a common threat, as the two soon knew what was of the UFO, from the series of events that lead them to this point.

The game was first teased in the March 2015 issue of Japanese magazine Corocoro, along with a video game adaptation of the Yo-kai Watch Blasters mode. The article stated that more information will be would announced at their Level-5 Vision 2015 event.[2]

It was fully unveiled at the Level-5 Vision 2015, as well as the "second season" branding of the franchise. They revealed that Hailey Anne Thomas and Usapyon would be introduced as playable protagonists, and a brand new American-inspied setting called St. Peanutsburg as well as 'Merican Yo-kai. They also confirmed that the game would be receiving four major updates.

Later on in the year, Level-5 announced that the game was aiming for a Summer 2016 release in Japan.

During the April 2016 issue of CoroCoro, the version names of Yo-kai Watch 3 were called "Sushi" and "Tempura". Additionally, a new tribe, the "Wandroid Tribe" made its debut in the game and as well showing a new Yo-kai in it: Sighborg Y.

Level-5 revealed new information about the game after its uncovering in the CoroCoro magazine. A third, definitive version came out later in December 2016 entitled "Sukiyaki," complete with new post-game quests and story-lines, and an update to the former two versions, and the addition of a "Busters Treasure" mode.

Please improve it as you see fit. Editing help is available.
Reason:Needs to be rewritten in some way..

Nintendo's international Twitters revealed in late September 2018 that the game was set for a localized release in February 2019 for North America, Winter 2018 for Europe, and Summer 2018 for Australia and New Zealand.

Due to Nintendo referring to Yo-kai Watch 3 as a single game and the logo using colors and aspects of Sukiyaki's, fans speculated that the game's versions would be merged together for the worldwide release. This was confirmed when the game went up for pre-order in October 2018 as a single game listing.

Like the first game, the localized version of Yo-Kai Watch 3 was released as one game, with no other versions available, unlike its predecessor. Yo-Kai Watch 3's reveal trailer showed that this version of the game would include the Blasters T mode, which was exclusive to Yo-Kai Watch 3: Sukiyaki in japan. This would later be confirmed on Nintendo's English website.

To take a safer approach after the second game and its versions, many fans believe that the decision to release the games as one single version was made to adjust it, according to the sales numbers in Europe and America.

In a reply to a tweet asking about how the localization would become, the official Yo-kai Watch account tweeted that the game itself was described to be "Sukiyaki+", or a Gold Edition of the game, and will contain all of the Yo-kai that are in all three versions of the game.[3] In short, it was revealed to be a modified version of Sukiyaki v4.0 upon release.

Yo-kai Watch 3 introduces a new battle system called the "Tactics Medal Board" or "Tactics Board" in the US, which the player can place Yo-kai Medals on the bottom screen. By moving the medals around, the player will be able to avoid enemy attacks on the grid spots, and as well switch out Yo-kai and perform various other actions.[4]

Terror Time now operates on a new mechanic: the player must now obtain a key somewhere on the map, which will open the door to exit the Oni Dimension. At higher levels, either Gargaros, Ogralus or Orcanos hold the key instead, making it necessary to battle said Oni if they want to successfully escape the stage. However, it is possible, although very hard, to steal the key from the Oni's backs while they aren't looking.

The game also debuts new Yo-kai, as well as a new type of them called the "'Merican Yo-kai", that wander the town of St. Peanutsburg. A new tribe was added to the game, known as the "Wandroid" tribe, though this was only including Sighborg Y.

In the original Japanese version, a group of Yo-kai called the "Seven Gods of Fortune" can appear when a Yo-kai medal is charged with a Yo-kai Aura, through the DX Yo-kai Watch Dream Model toy, and its other variants (via the Dream Link items (as well as by the DX Yo-kai Pod and it's Treasure Gear/Treasure Medal packs). The god that appears is different depending on the Yo-kai Aura that was on the medal. They can be scanned through the New Nintendo 3DS screen or by an NFC reader. But because the localized versions of the game removed the function, the alternate option of Ghastly Fragments was still available.

In all cases, this will allow the player to battle and try to befriend one of the Yo-kai for a day. Much like in Yo-kai Watch 2, some Yo-kai can be befriended only separately in one version or the other. Like Yo-kai Watch 2 as well, you can choose specific Yo-kai to follow you. There are over 600 kinds of Yo-kai you can make friends with and use in battle.

A new watch model called Yo-kai Watch Model U has the ability to see all Yo-kai including the ones from the previous games, as well as 'Merican Yo-kai, who have 'Merican Medals, and other new Yo-kai with the U Medals.

Another new model, called the Yo-kai Watch Dream Model, lets you summon Yo-kai with Dream Medals. It can removed from its wristband base and be inserted into a Yo-kai Blaster in battle to shoot the opposing Yo-kai.

During a normal battle, the Yo-kai Blaster can also serve as an additional befriending mechanic where each projectile "tickles" the opposing Yo-kai, similar to the Model Zero mechanic in Yo-kai Watch 2. While in the overworld, it can be attached into the Yo-kai Drill to break down blocks, or the Yo-kai Cleaner to find items.

Build-a-Nyan (Japanese: マイニャン, Mainyan, My Nyan) is a new feature in the game that allows the player to completely customize their own Originyan. The feature does not contain only cosmetic differences, but each Nyan the player creates will also behave differently. The player can decide on the character's face shape, color, eyes, and opt to give them accessories and clothing, as well as tails.

The player can also choose the tribe their created Nyan belongs to, as it isn't automatically a Charming (tribe) Nyan like Jibanyan. The player also has the option to choose its abilities, like its Inspirit and Soultimate attack. The player can do this by using various "Nyan-Teachers". The default Nyan teacher is Mr. Crabbycat. However, all Jibanyan-based Yo-kai can train your Nyan in specific ways. Being trained by an Nyan cat will take up to 3 real-life hours to complete. However, that can be skipped by using certain bottle items that are found throughout the enitre game. These bottles instantly complete one training session.

Like the Terror Time feature in Yo-kai Watch and Yo-kai Watch 2, Yo-kai Watch 3 contains a feature named Zombie Night (though, this is exclusive to St. Peanutsburg and the boy character). In this mode, Nate arms himself with a special hammer and some body armor, and must survive the night against Zombies, while being instructed by Dr. Francesca Stein. Each objective is divided into "missions" rated in the same way Yo-kai are ranked, in which players are given rewards for ringing the bell at the desired location.

It plays out quite similarly to the Blasters side games, sharing a similar HUD and inventory screen. The major difference is of course, that you control Nate instead of a pre-selected Yo-kai.

There is a new dancing mini-game inside the NH Theater, Sparkopolis where Nate or Hailey Anne will dance alongside the members of Next HarMEOWny. In this case, it is the instrumental version of Idol Wa Ooh-Nya-Nya No Ken for the localized versions, while in the original Japanese game, it is fully vocalized. (This was likely due to licensing issues that would occur from Avex Inc.)

This (Like the Minigame in Yo-kai Watch 2) is a preview into Yo-kai Watch Blasters 2 and contains missions, bosses and rare items.

In Japan, an update for Sushi and Tempura that includes the features introduced in Sukiyaki was released on the same day the latter game was released. Physical Japanese versions of Sukiyaki included an Enma Awoken Medal.[5]

Yo-kai Watch 3: Sukiyaki is an updated version of Sushi and Tempura that was released exclusively in Japan, and was the basis for the international releases of Yo-kai Watch 3 (which was a modified Sukiyaki v4.0).

Yo-kai Watch 3: Sushi and Tempura has sold a total of 632,135 copies in Japan in its first week, which a big decrease in sales compared to the previous entry.[10] It eventually sold a total of 1.3 million copies, placing the sales just over the original Yo-kai Watch video game.[11].

Famitsu gave the video game 37 out of 40, which is one score higher than Yo-kai Watch 2.

Dom Reseigh-Lincoln of Nintendo Life gave the game a 9 out of 10, with most of the praise being towards the amount of extra features.

Justin Clark of GameSpot gave the game 6 out of 10, criticizing the lengthy opening chapters and the "little variance" in Quests, along with some of the simplistic combat but praised the "diverse environments and NPCs" and "well-written dialogue", especially at the tongue-in-cheek references in the latter.

This article is in need of some images.

You can help this article or section by adding one.

This article is in need of a better-quality image.

You can help this article or section by adding a better image.
Reason stated: Image was taken with camera 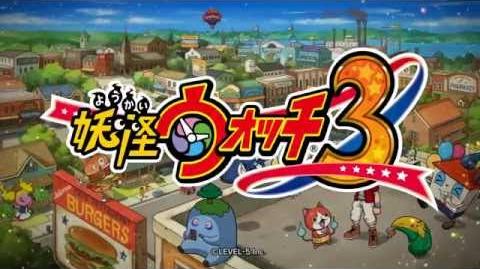 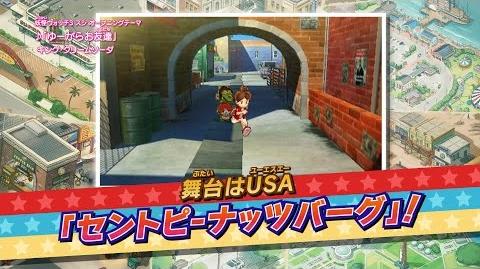 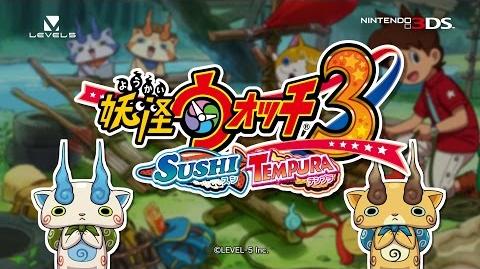 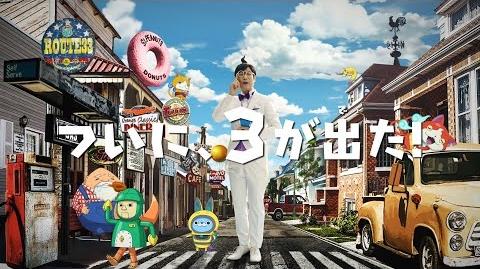 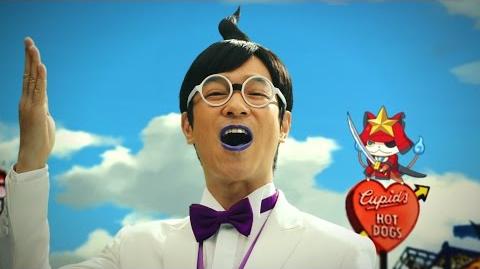 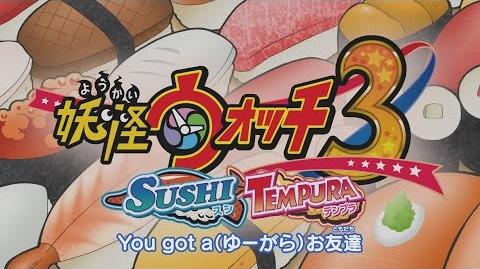 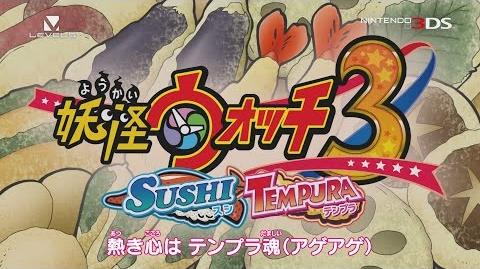 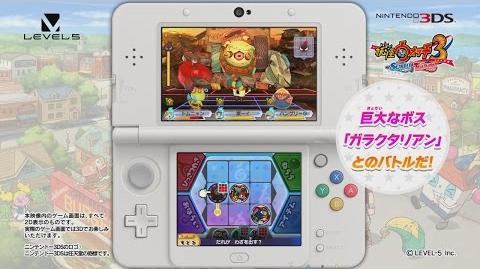 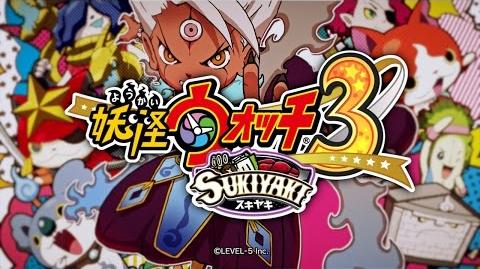 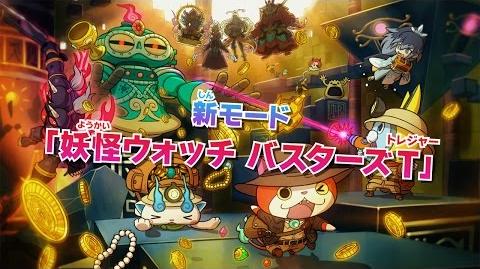 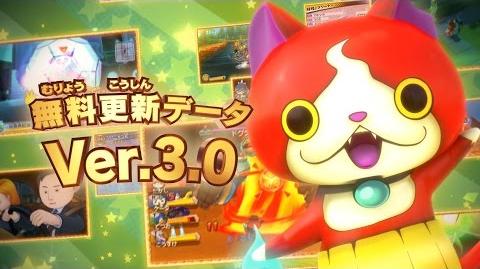 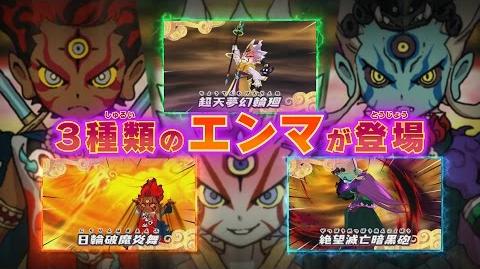 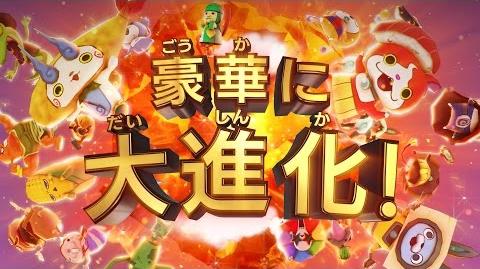 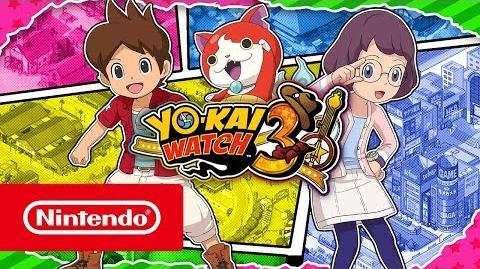