It was released on June 20, 2019 for the Nintendo Switch in Japan, and came out for the PlayStation 4 on December 5, 2019, that includes the Purapura update.[1]

A western localization was confirmed to be in the works at the Level-5 panel at Anime Expo 2019,[2] however, with the closing of Level-5's Western branch, progress is unknown if at all. A Traditional & Simplified Chinese localization was patched into both the base version of the game and Yo-kai Watch 4++ on the latter's release day on December 5, 2019.

Yo-kai Watch 4 introduced a slew of new features and graphical improvements, including a third-person view with drastically-improved graphics rather than the top-down view present in earlier entries, and a completely different action RPG-based battle system.

"A grand journey that goes beyond the time and space of the world in which Natsume, Nate, and Shin live in".

In the Yo-kai World, Overseer is destroying the world while Enma and Nurarihyon both fight their way to stop him. When Overseer says that everything is under his control, and that their attacks are useless against him, Enma powers up into his awoken form and attempts to finish him off with his Soultimate. Overseer, however, manages to freeze time before Enma could use his Soultimate, turning him into stone and disintegrating him, leaving Nurarihyon behind, who goes to find help.

For the first time in the series, Yo-kai Watch 4 switches to a new third-person perspective rather than a top-down view allowing for more detail to be presented in the characters and the world, taking advantage of the Nintendo Switch's hardware.

While players still search for Yo-kai in some places, they can now jump to reach high areas, and run with unlimited stamina outside of battles.

Yo-kai Watch 4 introduces a completely new battle system, which functions in a similar manner to the Big Bosses in Yo-kai Watch Blasters. While Yo-kai can still be leveled regularly, the playable character is now able to level up, allowing for more power to be used in the watch.

The player can now fight the opponents which can have different effects depending on the character. This battle system is called “Yo-ki“, in which the human can fire different shots and assist in battle.

The befriending mechanic has also been drastically overhauled; the player now must use the watch to extract the souls of Yo-kai in a specific order which can depend on the targeted Yo-kai based on the Rank and Tribe.

Around the end of May 2017, franchise series creator Akihiro Hino said that he "wanted to refresh the series" due to the decline in sales of Yo-kai Watch 3, compared to Yo-kai Watch 2. He also stated that a "new flow" would begin with Yo-kai Watch Shadowside: The Return of the Oni King, and hopes it would bring back old fans of the franchise.

Details on the fourth installment were finally revealed in April 2018, with the release set for Winter 2018 on the Nintendo Switch. It was also revealed that characters from Yo-kai Watch Shadowside would appear, and said that there would be "an upgrade" that will surprise the players.

The first teaser for the game was released on June 23, 2018. It also revealed that the game features a young Nate in his Yo-kai Watch 3 outfit, along with Whisper, and Jibanyan in their original designs. The teaser also featured new characters Shin Shimomachi, and Nekomata, who appear in the fifth movie Yo-kai Watch: Forever Friends. They all are shown to enter the setting of the game through certain doors opened by Natsume.

On October 10, 2018, Level-5 had announced that Yo-kai Watch 4 was to be delayed into Spring 2019 with no slated release date. No official reasons had been given for the delay. Through a CoroCoro scan of the March 2019 issue and later a trailer, it was revealed to be releasing in Japan on June 6th. A second delay was announced in May 2019, pushing the release date to June 20th.

Yo-kai Watch 4 sold a total of 150,721 copies within the first week [3], making a big decrease from the previous entries in the franchise. Despite that, it still managed to peak at number 1 in the Nintendo Switch games chart for one week before being overtaken by Super Mario Maker 2.

The physical edition of Yo-kai Watch 4 comes with a special Daichiki Yo-kai Keystone of Jibanyan, Lightside Jibanyan and Nekomata, which allows it to be redeemed for a Five-Star coin and a select handful of items. If the game is downloaded digitally from the eShop, the player will be given a Damona as a gift.

One of three cards containing a code to unlock an exclusive item can be obtained, by pre-ordering from a specific retailer.

Before the game's release, Akihiro Hino said that there would be an undisclosed number of new Yo-kai added to the game, distributed through both free and paid updates. [4] The website further updated this, with them confirming monthly which Yo-kai would be added to the game. [5]

There was a free update on August 9th, 2019, which added a new location called Yoriku Kokigan which became available after finishing the main storyline, with Boss Yo-kai Raidenryu. The update also included over 18 returning and new befriendable Yo-kai.

It introduced major new content for the game, including access to Blossom Heights, a new multiplayer mode based on Yo-kai Watch Blasters, and several new and returning Yo-kai to befriend. There was also a new area added to the Yo-kai World, called "Hell's Kitchen". 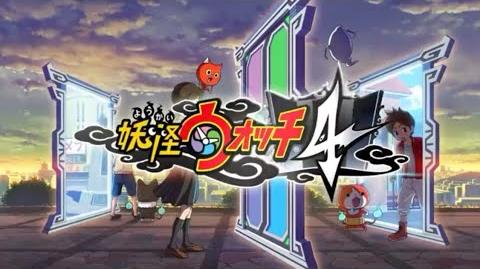 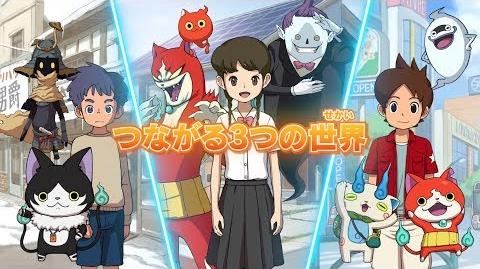 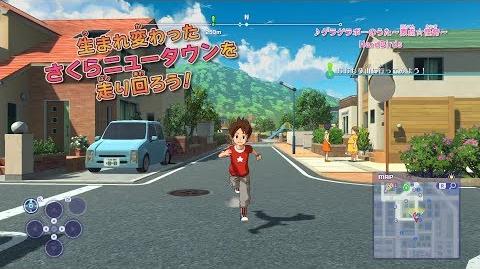 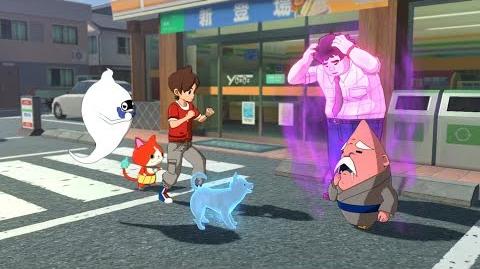 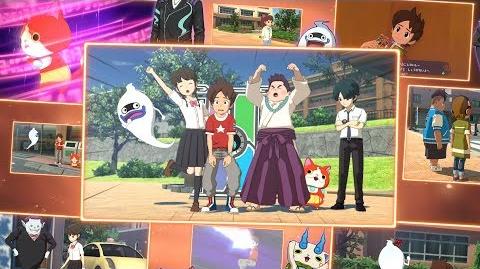 Retrieved from "https://yokaiwatch.fandom.com/wiki/Yo-kai_Watch_4?oldid=270552"
Community content is available under CC-BY-SA unless otherwise noted.