View source
watch 02:46
The Quarry - The Loop
Do you like this video?
Play Sound

Yo-kai Watch Blasters (Japanese: 妖怪ウォッチバスターズ, Yōkai Wotchi Basutāzu, Yo-kai Watch Busters) is an action role-playing game that was developed for the Nintendo 3DS by Level-5, and is considered to be a spin-off from the main Yo-kai Watch games.

As the name suggests, this game is follow-up to the Yo-kai Blasters application that was originally present in Yo-kai Watch 2. Unlike the original mode, Yo-kai Watch Blasters adds a couple of features that weren't present, making it a fully-fledged title.

Yo-kai Watch Blasters was first revealed in the April 2015 issue of CoroCoro magazine. It was later revealed that the game will come in two versions during the Level-5 Vision 2015, which were called Red Cat Corps and White Dog Squad. The announcement came with a trailer which the game was set to be released on July 11, 2015 in Japan.

In October's CoroCoro Comic magazine, they revealed that Moon Rabbit Crew, through an update that included in a box featured in the next month's issue of the magazine. The magazine also revealed that the two versions would have an free update in December. The official website revealed new features of the game.

Yo-kai Watch Blasters is an expansion on the Blasters gameplay that was first introduced in Yo-kai Watch 2. Four players will face up against other Yo-kai and Boss Yo-kai, which in the game the player will play as different Yo-kai and go around town in a beat 'em up action style. Players will team up to form groups of four to take on all Yo-kai, including some bosses. The game series also supports online multiplayer.

There are 407 total entries as of Yo-kai Watch Blasters: Moon Rabbit Crew. To see all the Yo-kai implemented in the game, see the page below:

Please improve it as you see fit. Editing help is available.
Reason:Rewrite and reorganise this section, and remove all first-person references..

Story Missions are the main storyline of the game, Most of these missions are mandatory to unlock key features, like the Great Orb, an object that spawns every once in a while that not only fills up the Soul Meter, but also gives out an All Stats Up.

Each mission has a recommended level, which will eventually increase in difficulty in the post game; and with a recommended level comes a time limit, whether it's 30 minutes or only 10 minutes. When some of the Main Missions are cleared, (which is indicated by it being yellow) Sub-Missions can be unlocked. Some of these Sub-Missions are needed for other features like optional bosses or a Yo-kai given to the player free like Usapyon, Whisper (and Whispocrates in White Dog Squad), and so on.

Some Mission after clearing the main story require the player to play them countless times for a rare cutscene that gives a 'Rare' Yo-kai that aren't version exclusive, some of these Yo-kai include:

Patrol Missions are unlocked after completing Chapter 2. These missions have no real goal and the player has 20 minutes to do whatever at the location. Yo-kai can be befriended during this time, including Rare Yo-kai. The details of the Patrol mission can be checked to see which Yo-kai are currently spawning more often, so it will be easier to complete the Medallium.

Not only Yo-kai can be recruited and Oni orbs can be collected, but both of them can be collected in Mini-Mini Missions. When a mission is started, the player either has to collect five items around the map, defeat four slightly-stronger Yo-kai, or one Miniboss Yo-kai; both of which are befriendable. Oni orbs can be recieved from completing them no matter what and they often have a time limit of about 3 minutes.

This mode can be unlocked after doing some progress in the Story mode by defeating bosses. Every Boss Yo-kai that is defeated can be rematched many times, excluding bosses that are version exclusive like Rubeus J(RCC)/Hardy Hound(WDS) and Dame Dedtime(RCC)/McKraken(WDS).

These bosses can also have different difficulties: Normal, which is their normal difficulty with a fair level cap, around the levels that was originally fought as the boss in story mode; Super, which is slightly stronger than the original version with a higher level cap; And Ultra, which requires the player to have high-levelled Yo-kai, as there is no level cap for these bosses. To even attempt to fight these Ultra bosses an Ultra Orb is required.

Luckily the Ultra Boss's mission page tells the player how to get their Ultra orbs; like beating the Super version within a certain time without anyone ascending or beating selected Super versions of bosses in a specific order. But defeating Ultra Bosses is not only an achievement on it's own, but it also gives the player valueable rewards for defeating them, like rare/hard-to-obtain Yo-kai, Boss Soul Gems, Crank-a-kai coins, and other prizes. Each difficulty even changes minor things about the boss, whether be where the player fight them or other things, like how Demuncher/Devourer can spawn with different oni on their appropriate versions (i.e. Normal/Gargaros, Super/Ogralus, and Ultra/Orcanos) .

Then there's the Challenge Version, which can be unlocked via Beating an Ultra version of a specific boss or through other means. These missions allow the player go up against multiples of a boss, each one gaining in difficulty from a Normal boss with low health to the Ultra variant of said boss. Beating these mission has different rewards for differing types of members and a Golden statue of the boss that will decorate the Blasters House.

This feature is eventually unlocked with Happierre, it keeps track of specific Yo-kai that is befriended and collecting the specific few in the circle gives some artwork of those Yo-kai together and a gift. The gift is either given to the player after inspecting the completed circle or by talking to Wiglin after the circle is completed.

Just like in titles prior to this one, the player can recruit friends on their 3DS's Friend list to trade Yo-kai either locally or through the internet to help with Medallium completion.

In the Japanese prints of the games, Yo-kai Watch Blasters: Red Cat Corps contains a medal for Rubeus J, while Yo-kai Watch Blasters: White Dog Squad contains a medal for Hardy Hound. The virtual downloaded versions of Red Cat Corp and White Dog Squad carry a free Sir Nyansalot and Maginyan in their respective versions, it can be obtained after clearing Chapter 2.

Available in Moon Rabbit Crew, Komasan's own brother can play songs that can give the player a stat boost for the next mission. Each song does different things but all of them cost only 300 Oni Orbs each, but only one can be played at a time.

Upon using the VIP link with the other base version via the menu of Yo-kai Watch Blasters, a special VIP Room can be accessed by talking to Mister E at the YBA Hall. It can be visited within 24 hours after liking the game, and contains some special features.

True Challenge Missions are a new addition to Moon Rabbit Crew. These missions prohibit the use of Auras, Songs, and pre-equipped Battle Items to prevent the missions' Challenge aspect from being removed from the experience. There are two modes that are most notable, Time Attack and Oni Orb Hunt. Oni Orb Hunt allows the player(s) to explore a large map for only 5-7 minutes. During then, roaming bosses can be beaten up to obtain more Oni Orbs for Leveling up and Buying gear.

Time Attack is more interesting than the previous mode, it acts like a boss rush for the player(s) lasting an average of 15 minutes. This mode gives the player a chance to fight the super boss of the True Challenge Missions, like Pink Emperor. But after winning the high score of Time Attacks or the Ultra Oni Orb Hunt, a Moonstone can be obtained, which is necessary for crafting the strongest equipment in Moon Rabbit Crew.

Artwork of the Blasters House. 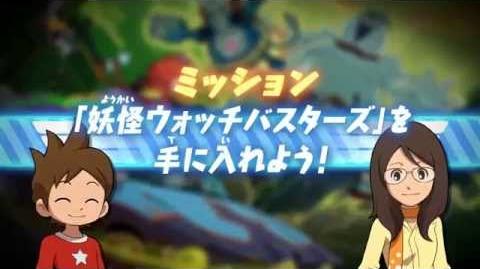 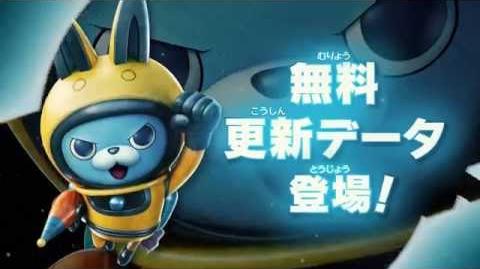 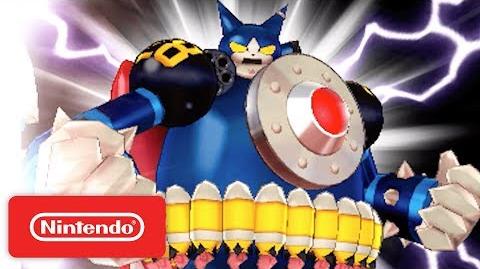